On most of our vacations, we use a mix of public transport and hired taxis. While the public transport is largely predictable, the taxis, and more importantly their drivers, with peculiar habits are an important part of the whole holiday experience. There are many types that we have run into, from the i-know-it-all to the you-know-it-all types and the lazy ones to the over-eager ones.

Here is a collection of some of the most memorable drivers we have come across over the years:
1. The warden (Apr-2008) - It was a vacation in Uttarakhand. We planned to cover Corbett, Nainital and Binsar in 6 days flat. And who better to ensure that we covered it all than Mr LDP. Mr LDP would probably find it easy to land a job as a hostel warden or a jailor.
Weirdness quotient: He kept a close tab on the time we spent at each place. Take this: He took us to the golf course in Ranikhet, gave us 30 minutes to enjoy the unending lawn and did not mince words when we turned up all of 5 mins late. And the reason we took 5 extra minutes? Because we had to walk the 500 metres from where he was supposed to wait for us to the place he was actually parked.

2. The highly mobile (Feb-2012) - On a vacation in Shimla, Kullu and Manali, we had the pleasure of his company. A small guy with a big car, that's the best way to describe him. He was on the phone most of the time that he was not driving and sometimes even while he was driving. He must have recharged currency on his phone atleast 10 times during the 7 day sojourn.
Weirdness quotient: Whenever he had to stop, instead of looking for a space of the left side of the road (the side on which he was driving), he would cut right across, head on into the oncoming traffic and park on the right side. While we did find it scary the first couple of times, we gave in, assuming that this was the way of the hills. It was on the way back from Manali to Chandigarh, just before Mandi, while we were counting the miles before we had to part ways with the beautiful Beas and get back to concrete jungle. On our request to stop at an available shoulder to tend to the little one, he swerved right at a sharp left turn and managed to crash into a car that was overtaking us from the right (highly illegal, but hey! they were locals and we were tourists!).
His diminutive outlook belied a steely resolve. He held off 7 hardened locals, negotiating for 3 hours and finally drawing an out-of-court settlement, which he valiantly brought down from 25K to 7K!

3. Rajasthan Royals (Oct-2012): If you want to be treated like Rajasthani royalty, Mr MD has to be your driver! A strapping 6+ foot, 60+ year old, Mr MD was from the camel herders community. Immaculately draped in a pachrangi (five coloured) turban, with a clean white dhoti and kurta, he was straight out of the 1900's.
Weirdness quotient: He refused to drink tea/coffee, replacing it with extreme quantities of chaanch (butter milk). While it definitely helps keep the body cool in the desert heat, it also induces drowsiness. The road from Jodhpur to Osiyan (65 kms) is a single road, passing through typical desert wilderness, pitch dark at 8:30 PM with hardly any traffic and numerous detours owing to road constructions. If this does not get you worried enough, imagine the two glasses of chaanch consumed with dinner an hour before slowly working its effect on the driver, who is your only hope of deliverance. There is nothing scarier than watching your driver driving with eyes half closed, nodding off every now and then, refusing your offerings of the last drops of precious water to wash his face and his only attempt at keeping himself awake was to open the window and thrust his head outside into the cold desert breeze! 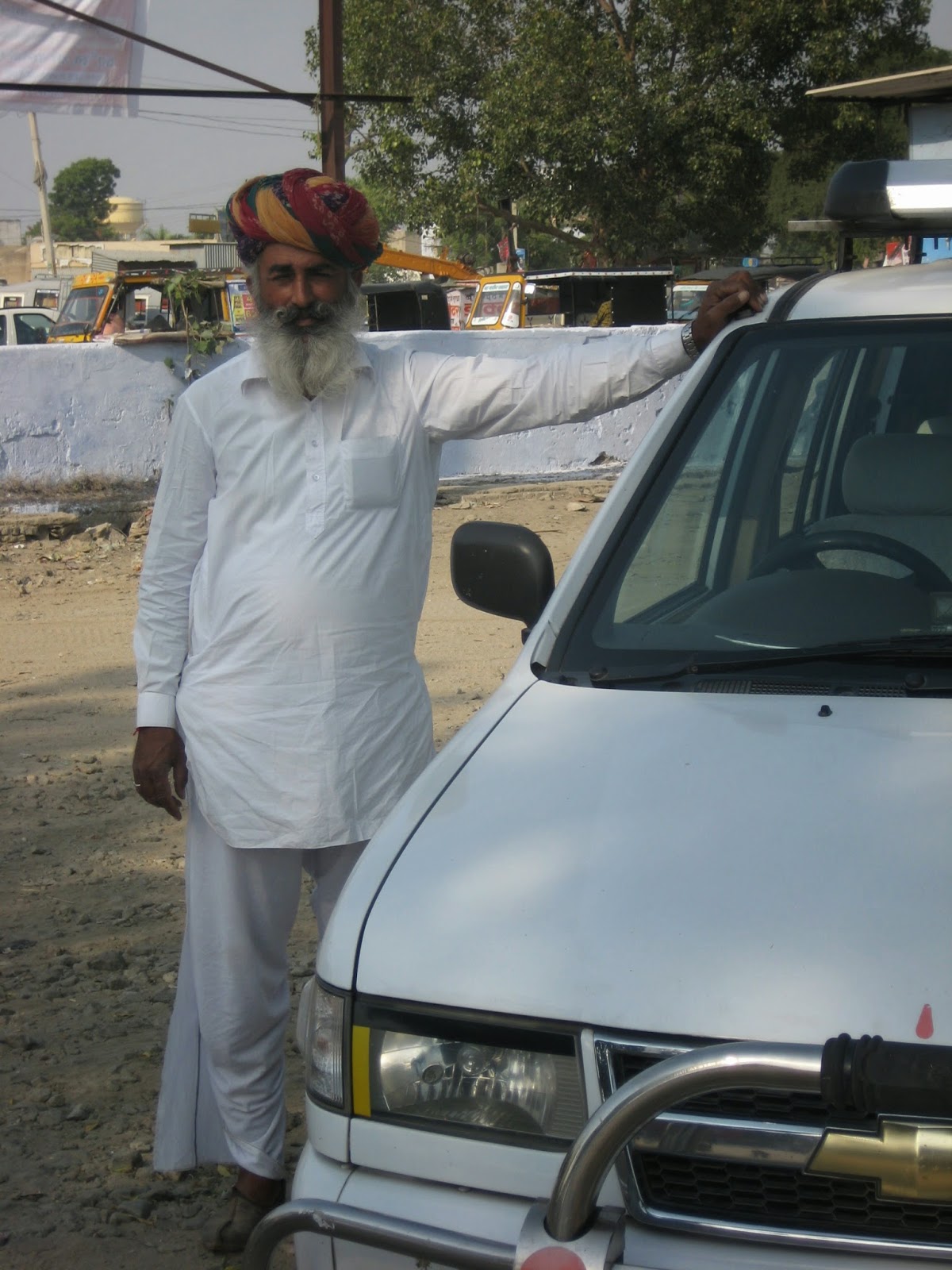